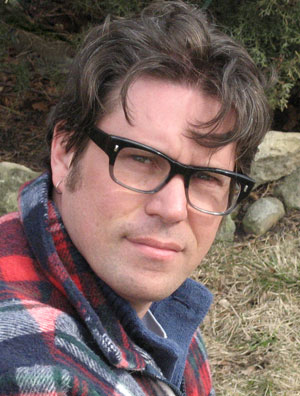 More successes for Federgreen as producer include the Shaftesbury TV series Good Dog, written and directed by Ken Finkelman; documentary As Slow as Possible, directed by Scott Smith, an official selection of HotDocs 2008.

Federgreen’s co-production credits are impressive and varied. The feature film One Week, written and directed by Michael McGowan, was named Best Canadian Film in the 2008 Calgary and Edmonton film fests, and was an official gala screening at TIFF that year. The film surpassed the $1.2 million Canadian box office mark, was the #1 rental on iTunes, and finished in the top 10 in DVD sales in Canada during its first week of release. High Life, produced by Triptych Media and directed by Gary Yates, premiered at the Berlin Film Festival and was featured at TIFF 2009. Leslie, My Name Is Evil, directed by Reginald Harkema, produced by New Real Films also screened at TIFF 2009,  and lastly the nationally acclaimed TV mini-series It’s Me…Gerald (Showcase).

As executive producer, Federgreen is currently in post-production on the first ever Canadian fully financed 3D feature titled Dead Before Dawn produced by April Mullen and Tim Dorion of Wango Films and directed by April Mullen; and on the Vancouver based feature film Random Acts of Romance produced by Darren Reiter and Katrin Bowen and directed by Katrin Bowen.  As producer, Federgreen is currently in post-production on his next feature film with acclaimed director Mike McGowan entitled Still.

In November 2011, Federgreen opened his own film distribution company INDIECAN ENTERTAINMENT.  The company will service not just up-and-coming Canadian filmmakers, but also those indies making films in a lower budget bracket who have otherwise virtually no chance to shine in a market of big studios, distributors and exhibitors.