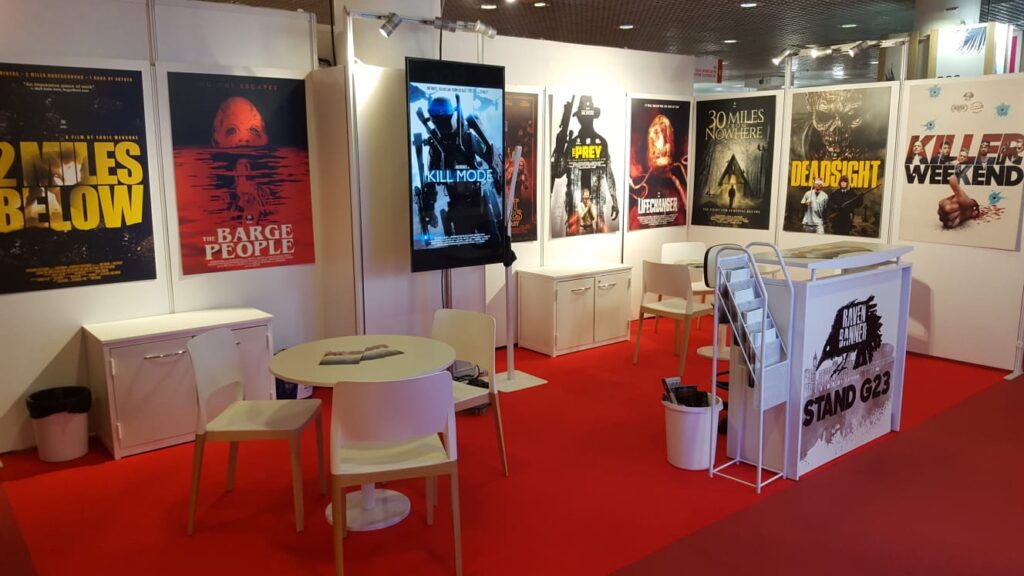 It’s good to be back to writing this Blog… it’s been way too long. Almost 4 years in fact. A lot has happened since the last time I wrote in this blog… many films produced and I even got to direct my first short film RED BALLOON and then my first feature A FAMILY SEDUCTION. What has not changed is my passion for telling important stories like ONE WEEK, STILL MINE, KISS & CRY and my recent directorial debut short film RED BALLOON.

These films are based on a true story dramatic films that rip out your heart and can help bring awareness to a issue, disease or whatever the case may be.  These are the stories I wish I could tell all day long. The reality however, is many of the stories we would all like to tell are not that easy to tell anymore. Financing is hard to come by especially since COVID came to be and the higher the budget the harder it is to get made. What’s selling in the marketplace also has a lot to say about whether a film can get made or not. Going to markets like Cannes, Berlin, and AFM can indicate what the sellers are selling and what the buyers are buying.  For example… Comedies, unless you have significant cast, are a tough sell. You can see by walking the floors of the markets that you there aren’t a lot of Comedies for sale. Same for Dramatic films… again, the more notable the cast, the better chance of selling; but it’s not a given. Many great dramatic films with incredible casts still have a tough time selling, and if they do sell, they are not getting the money they used to get. Even Thrillers are not selling like they used to … there are thrillers and then there are thrillers. The ones that sell are the higher concept, considered elevated films that also dip their toes into the horror genre.  Films like IT FOLLOWS, GET OUT, HEREDITARY, MIDSOMMER are great examples of elevated thrillers that did exceptionally well in the marketplace.

The genres that do really well are ScI Fi and Horror films. But not just any Sci Fi or Horror films… They have to be great and they have to separate themselves from all of their competition. What does your film have that the others don’t have? These films, especially the horror ones, don’t necessarily need to rely on cast at the lower budget end of the spectrum… they have to be high concept, have a great script and is extremely well executed. This criteria will get the film into significantly notable international film festivals and will help in getting a great international sales agent and then sales! We should never settle for the norm. We should always strive to make the best film possible. Many of you have heard me say at my producing seminar, you can’t make a good film out of a bad idea. It starts with a great idea, which you can then turn into a great script, then you can attract a great director, which then can help attract a great cast, which then can help attract an audience to then finally generate sales! I read over a hundred scripts a year and it amazes me both how many great ideas there are but also how many bad ideas there are. Also, how many scripts that have won festival awards for screenwriting but when you read them they have more holes in them than Swiss cheese and that are horribly written. We make over 300+ films in Canada each year… actually it might even be higher than this now… it could be 400+.  Of those films, how many of them actually get seen in Canada and how many sell outside of Canada? The percentages are not good.

In 2015 I decided it was time to make films for sales… to delve into the world of Genre where I had never been before. What an eye opening experience to make films that travel to film festivals all over the world, to see audiences pack the theatres like crazy and scream and yell their pleasure for what they were watching!  Then to actually get sales reports and cheques from sales companies for your films… I cannot describe that feeling compared to all of the films I made prior and not getting in festivals, not getting sales reports, or revenue cheques. Yes, indie filmmakers generally don’t get paid to make their films, and we do it because we love what we do and we believe in the films we are making with the hope that we will see money on the back end. Well, all of the films that I made prior to getting into Thriller and Horror filmmaking, I wasn’t getting paid to make the films and I wasn’t seeing any money at the back end. Don’t get me wrong, I am still making those tear jerker passion project films and I will always make those films but I also NEED to make films that the sellers and buyers want and crave especially now where content is king and there has never been the need for content like right now. What a concept… make films that people want to see not just what we as filmmakers want see. So I have spent the last 5 years working with sales companies to develop films that they want and that they know their buyers want.  Yes they have a stake in all of this also… their input is invaluable and if you get it right it will lead to festival success and revenue for you!